What Do You Hoard? No Shame, No Blame

Getting Rid of Your Trash: How to Make Your Hoard into a “Collection”

Hi, I’m Katie and I hoard tote bags. I just moved into a new home with an extra large moving box worth of tote bags. I tried to throw some out, but that little niggling hoarding part of my mind kept saying, “But that’s perfectly good and you did use it that one time recently.” Or “That was my first diaper bag (reminds me of my babies) and I’ve used it lots of times for other things, (a long time ago).” And so an extra large moving box was moved.

There were so many I wasn’t really sure where to put them, so I temporarily placed them in our insanely large, badly shaped pantry. It was a lot better than the little corner in our old kitchen that was created when we closed one of the doors to the kitchen. I know! But stay with me, No Shame No Blame. So I put a lot of them on the floor of this new pantry because, well I could close the door on them and figure it out later.

Did I mention I have a cat? Yeah. So it peed on all the tote bags that were on the floor. And instantly they became trash. It was still hard to say good bye even though from hard won experience I know they could not be saved. I remember seeing them from the bathroom window stuffed in the garbage bin and was still a little bit bereft!

So there’s nothing else left. I suppose I also hoard clothes but soon the kids will all be grown and I’ll only have “Keepsake” boxes. And yes I have at least two boxes of those. But I also know exactly where they are and could retrieve them in a moments notice, so I am organized. And because of my cat I am no longer, technically, a hoarder.

What Do You Hoard?

So what do you hoard? A photo of glass vases posted on a local hand-me down Facebook page inspired my blog this week. My first thought was, “Thank goodness she’s giving them away and not selling them.” My next was, “Donate them to a local hospital.” Days later when I was putting together the art for the blog I thought, “This girl has gotten too many flowers!” At one time, I was that girl, and had a hoard of my own vases hidden underneath my kitchen sink while a collection of beautiful, display worthy crystal vases adorned my home. 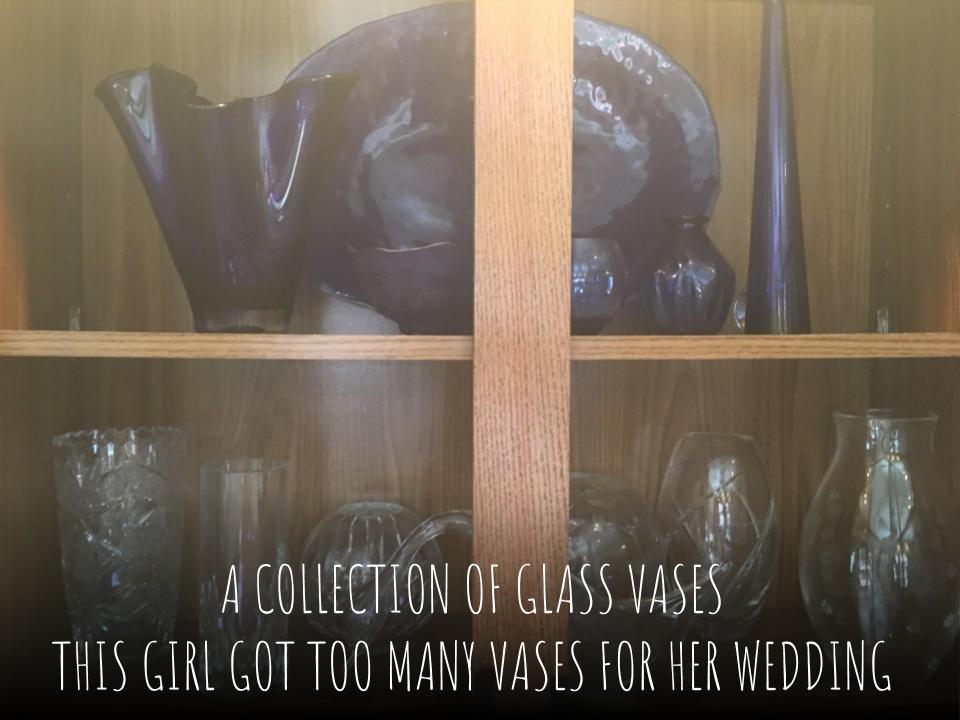 What made me get rid of my hoard? Well having the collection of crystal display worthy vases was helpful because there was no practical reason for holding onto the hidden hoard. None of them held any sentimental value. The flowers that brought the vases into my life were long gone. I ended up only holding onto unusual shapes, like square ones, and got rid of all the rest.

What Makes a Collection

I also used to have a lot of books. That was much harder to let go of because there were lots of sentimental reasons to hang onto them. It also took a long time. First books to go were my college textbooks. The ones I didn’t care about were easy. The ones that I did were harder. I saved all hardcover books because they have double duty as objet d’art. And eventually, after taking photographs of paperbacks that I wanted to remember, I got rid of most of my softcover books. Right now I have a small cabinet of books in my bedroom and a small bookshelf in the basement. I don’t count the hardcover books in the living room because to me it’s a nook of beautiful books and art and photographs. It’s a collection. 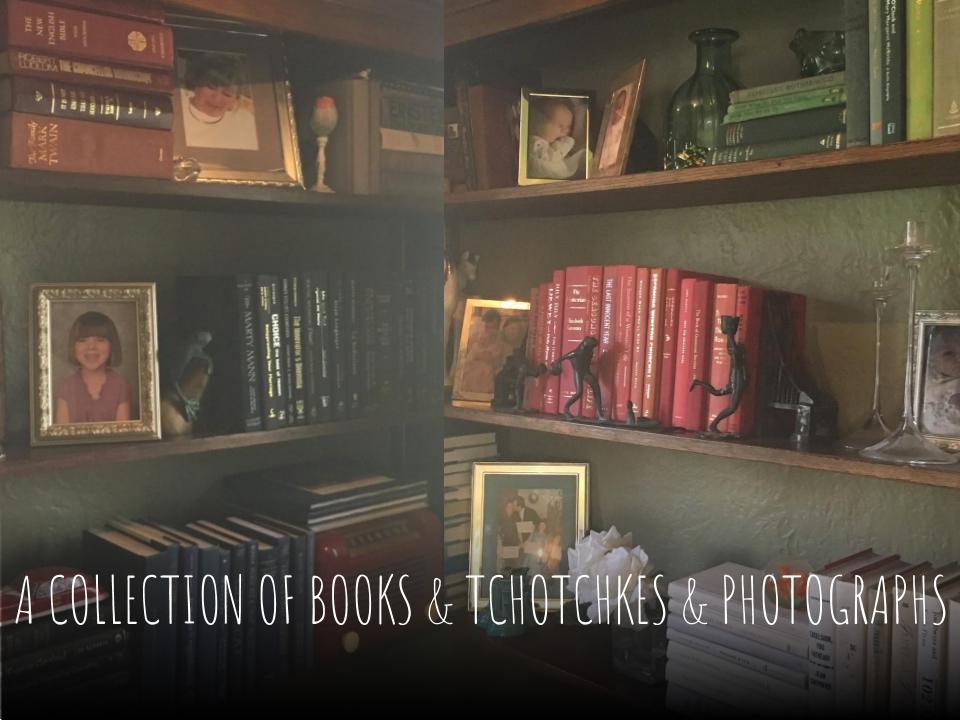 What makes a collection? It’s a hoard that hasn’t gotten out of control and that hopefully you can display. To keep it from getting out of control, give it a pre-determined size. When the hoard overflows it’s time to throw some things out or make a bigger frame. Frankly, this works even if you’re hoarding tote bags or plastic grocery bags. If they fit nicely in the space you’ve allotted for them, and you can easily retrieve them, then it’s an organized collection that’s useful and usable. That’s not a hoard. But I don’t know if I’d display it!