April 27th is National Tell A Story Day. As one website states:

Storytelling is a wonderful way to both entertain others and to pass on messages that might be lost if simply told ‘straight’. Often, it is stories that stick with us, and not necessarily rules or lessons. Stories allow us to relate to the characters in them, and to compare our own experiences. Stories, in short, allow experiences and messages to truly live. 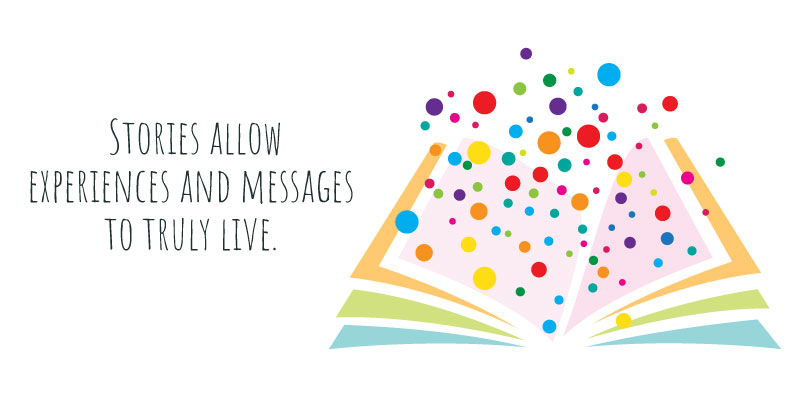 In the spirit of storytelling, I, Kelly, am going to relay a story that really shaped one of the main (and first) Pixie Principles: the idea of ‘No Shame, No Blame’ and accepting who you are. Without this principle, you can’t really move forward to explore who you are, or accept who that is. Here is the story that I am choosing to tell.

I was watching a segment on CNBC, I think it was Squawk Box —  back when I’d just left Wall Street. I’d just started PixiesDidIt and was still doing my ‘morning finance routine’ (old habits die hard for Classics!). Sir Richard Branson was on the show to talk about some new adventure of Virgin’s. Virgin was his first business venture, and now controls more than 400 companies. The specific venture he was speaking about escapes me.

At some point toward the end of the segment, one of the anchors said, with a note of incredulity in his voice, “I’ve got to ask you this because I noticed it during our segment. Is that something written on your hand?” Branson was completely unphased. He wasn’t offended by the query and, as a matter of fact, explained that he’d been at a cocktail party the night before and someone had a fantastic idea he didn’t want to forget. He then explained that he usually kept a small notebook and pen on him to jot down these sorts of things, but didn’t have it on him at that moment. So, he borrowed a pen from someone and wrote it on his hand. Then Branson looked down at his hand, laughed and said, “I guess I didn’t do a good enough job scrubbing in the shower this morning.” The anchor responded, “Yes, but why didn’t you just write it down on a cocktail napkin or something?” To which Branson replied, “Because I would’ve lost the napkin.” 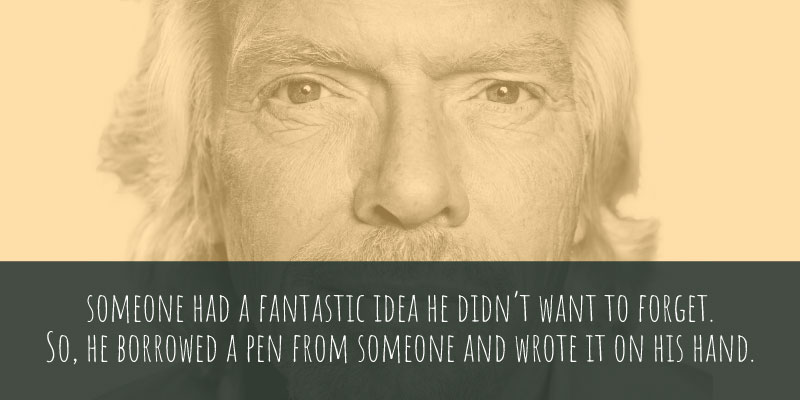 Then there was an awkward silence on live TV. It was a master stroke demonstrating why this guy is a billionaire and the anchor is where he is — having to wake up at 3AM to do a segment every morning for CNBC. (Hahaha.) But, seriously, Branson’s response showed that he had a system that worked for him, and that the system included a rather unconventional back-up system. Branson has started over 50 ventures since 1970. His system of remembering ideas clearly works. Why apologize for a backup system that has generated that many ideas and an estimated net worth of $5 billion dollars (as of December 2017) simply because it’s unconventional?

Our point is, being organized isn’t about doing things the way that they are typically done, traditionally speaking. It’s about creating systems and schedules that work for you —  whether it’s the way it’s “done” or not. You can’t control what other people think of you. It’s a big lesson many of us have to learn in all aspects of life, and it’s an incredibly important aspect in the art of organizing.

As said above, and as the basic message of our company, the moral of this story has much to do with the first Pixie Principle: Know and Accept Who You Are. This is the first step in your journey to figuring out how to organize in the way that best works for you, which is ultimately the only way you will ever be able to maintain an organized life. You can’t fit a square peg into a round hole. Likewise, if you’re a Classic Structure, you simply can’t go around acting on the fly like an Organic Structure or an Organic Freedom — it’s absolutely impossible to be who you’re not. The key to Richard Branson’s success is that he knew himself well enough to know that he’d lose that cocktail napkin, but if he wrote the idea on his hand, he’d look down and remember to then transpose it to a piece of paper the next day. Richard Branson, from this story at least, is probably an Organic Structure — merely because he knew exactly what to do in the moment, and improvised to make the moment work in his favor. 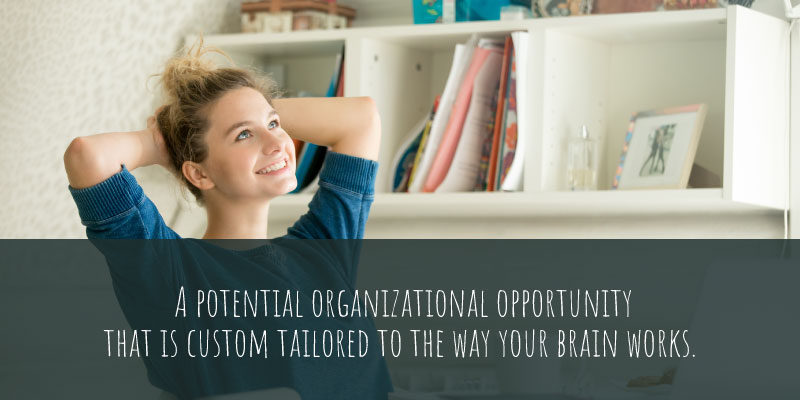 That is what PixiesDidIt is all about — making a moment work for you. A potential organizational opportunity that is custom tailored to the way your brain works. The point is not to look cool or dignified while getting organized, the point is to get organized and stay that way. So why not do it in a way that works for you? Our advice as Pixies is to pick up a book at your nearest retailer or on Amazon, and read through it, starting with the quiz (which you can also take online on our website). Then, read the principles carefully, taking your own habits and organizational traditions into account. From there, you’ll have a pretty solid roadmap from which to travel, and we promise that if you, like Richard Branson, stay true to yourself, you’ll find organizational success. Maybe not the 5 Billion Dollar type of success, but success nonetheless.