Organization Breakdown: You’re Only As Organized As Your Systems

To Organize or Not To Organize: Is That the Question?

The secret to good organization is a good system. A good system is one that has predicted or made decisions and actions ahead of time so that the minute something new comes into the equation, there’s a home or a place for it, and it accepts the new information without getting messy or cluttered.

I know. It’s a bit existential and wordy. But last week I was thinking about how Organic Freedoms, Smart Freedoms and Funs tend to put off decisions about organization and how Classics, Organic Structures and Smart Structures tend to make quick decisions and in the end, the result is clutter and/or disarray. There literally has to be a system — a set of rules and conditions — for every single part of your home, otherwise clutter and mess will be the result. 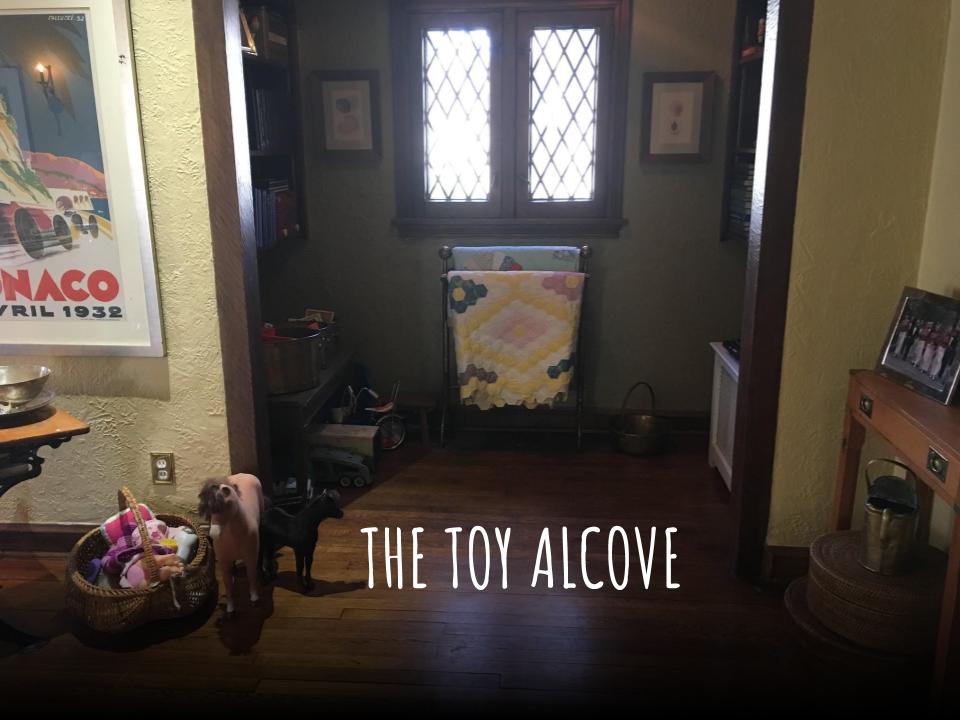 Rule #1. All the toys must fit in this alcove. The minute they don’t they must be relocated to basement or bedroom.

Rule#2. Three matching copper containers for toys that sit on top of a bench. The big one holds big block legos, the middle one small trucks and cars, the small one magnetic blocks & house parts. There are no labels, but it’s okay if everything on the floor gets dumped in these containers from time to time.

Rule #3. Underneath the bench go all the big trucks that won’t fit into a basket or container.

Rule #4. The basket with the handle holds soft stuff, like dolls and stuffed animals.

Rule #5. The two closed round baskets hold miscellaneous toys that find there way down here.

Rule #6. When the containers no longer contain their items, relocate the excess.

You might notice that right now there is a family of horses living in this toy alcove. This is okay because it doesn’t bug me. I like the look of American Girl doll stuff, and the toy user has at least grouped together all the horses. Like with like. If this did bug me then Rule #1 would apply. Horses into the basement or bedroom. Yes I do see that the stuffed animal and miscellaneous containers are technically outside the alcove, but I just didn’t like the look of them inside the alcove. Too crowded. Right now our living room can use the object d’art of the two lidded toy containers and the basket of stuffed animals. Maybe later it will look too crowded and I will become more strident about Rule #1.

In my last house I had another section of toys hidden behind the sofa. This was not a system, just a place where I stashed extra toys out of sight. I didn’t have strict rules about it and it was always and quickly a crazy mess. And then it of course crept into the other section of toys in the living room and then “the toy user” would bring more and more stuff up from the basement until I would just about give up.

This new smaller alcove is perfect and easy to clean up. Usually I find all the toys strewn about the living room, dining room and den, but because I know where they all go, if I don’t feel like getting toy user to put away her toys, then I can just take the broom, sweep them into the alcove and throw the stuff into their appropriate bins.

If it’s a mess, there’s no system.