Organizing Challenge: How Long Will It Take You?

It’s Easier Than You Think 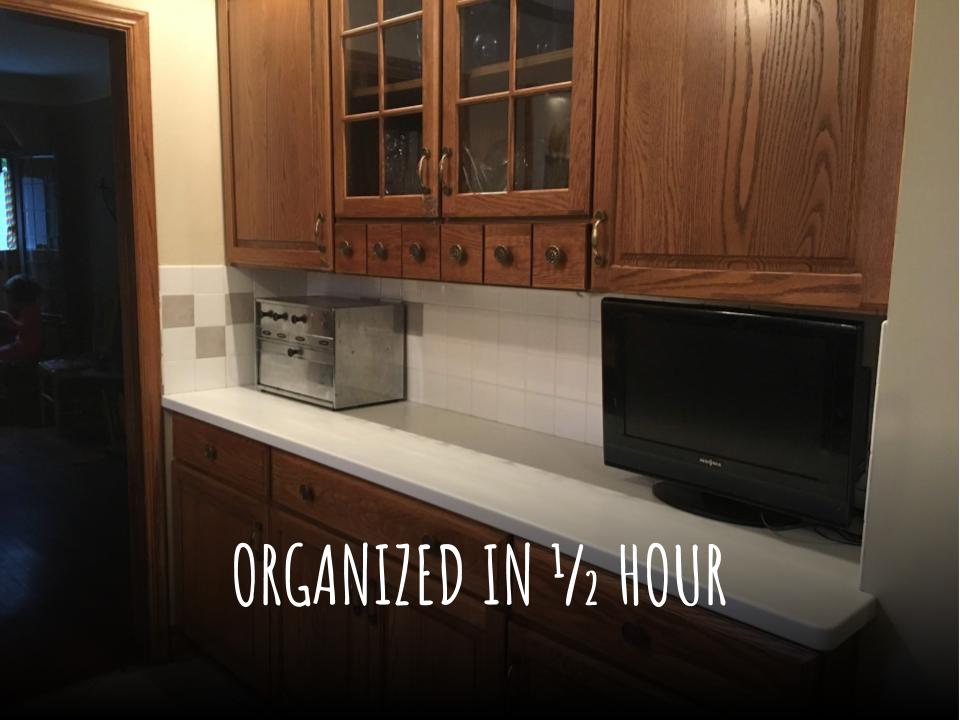 It was the last spot of chaos on the first floor of my house. It’s where I put everything that I wasn’t sure what to do with, and then that mess — as it is wont to do — attracted more mess. Over time, other postponed decisions and actions came to rest in this spot, until it resembled an overrun junk drawer.

And then inspiration hit. Or rather I had some extra energy and I started going through it all. Almost half of it was stuff that already had designated homes, like the Easter baskets. They had come from the attic storage and they needed to go back there. About 1/3 of it were things that I had decided to store in the basement. The rest was stuff that I wanted to put in a junk drawer: tools, batteries, lighter, manuals, etc.

My last junk drawer did not have any separators in it and that led to all out chaos. I found two drawer separators and it tidied things up, and then I just arranged the rest of the stuff around it. It’s a great wide drawer in a set of cabinets that aren’t used everyday. Below it I’ve stored all of my baking supplies, other things that aren’t used everyday. In organization, it’s always like with like. 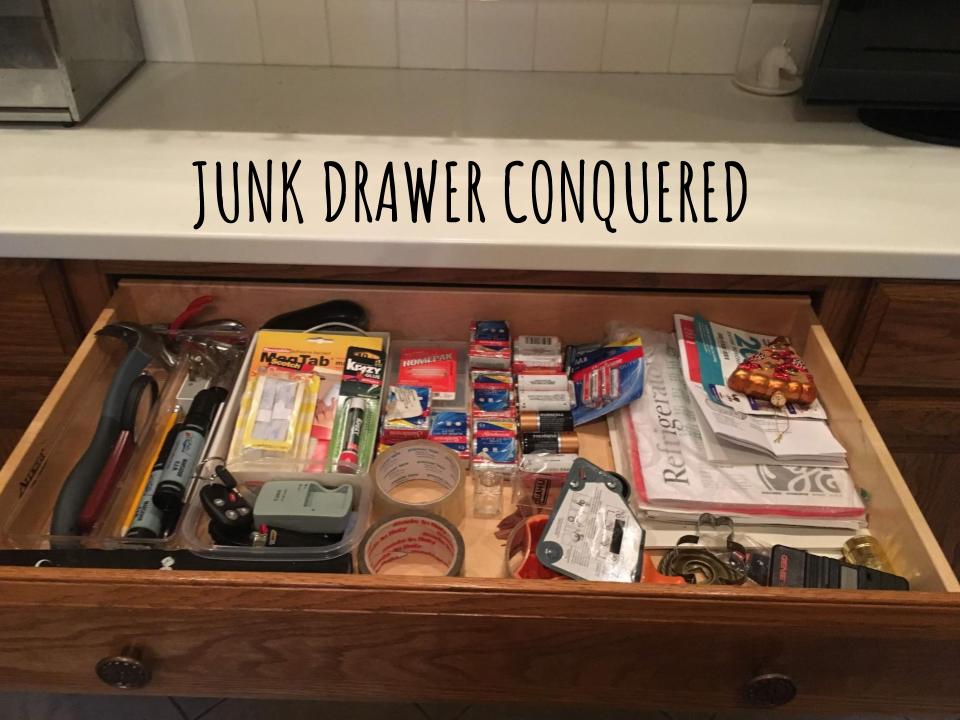 Here’s your organization challenge: Pick a part of your home that you use or stare at all the time and then guesstimate how long it’s going to take to organize it. If you’re a Fun, an Organic Freedom, or Smart Freedom wait until inspiration hits and then go crazy organizing. Just don’t forget to time yourself. Classics, Smart Structures and Organic Structures, add the task to your master list and attend to it when you can. I suspect you might have a better idea of how much time it will take than other types, but humor me and set the timer anyways. If you beat your estimated time, use it as impetus to attack the next organizing challenge you’re putting off. Just keep saying to yourself: it’s easier than I think, it’s easier than I think, it’s easier than I think…  It always is.