The Overwhelming Paralysis of Stuff

The Next Generation of Later Boxes

Let me be clear, I did not buy her all these clothes. She’s the middle child, so had lots of hand me downs from her older sister and cousin. I realized that I could help though when she had t-shirts that she didn’t wear but that she didn’t want to throw out because they reminded her of her recent tween years. I introduced her to the Magical Later Box and her eyes lit up. She could create a home for the stuff that she wanted to save but didn’t want to wear and that would not be taking up prime real estate in her closet.

Why Do We Hold Onto Stuff?

I was also quite astonished to find that I found so many reasons for her to hold onto stuff that she was very happy to donate. Why do I always do this? It’s like there’s a little squirrel hiding out in my brain telling me that this mess of clothes is a pile of nuts! It’s just old clothes! My main reason for holding onto stuff was the dreaming of what they could be used for … one day. It’s one thing to be dreaming about your own life, but to dream about what my daughter — who has her own likes and dislikes — might wear one day? It’s a little bit crazy. But No Shame, No Blame. Here are some reasons we might hang on to stuff. And what to do about it.

Okay so every type hangs onto stuff for different reasons. Classics and Funs more often go for the practical where Organics and Smarts dream up fantastical reasons they might need or have use for something one day. It all comes down to Might, Should, One Day, and Reminds Me. Frankly I think that might be a good alternative name for our Later Boxes. But that’s what they are to some degree. Stuff you’ll deal with later. 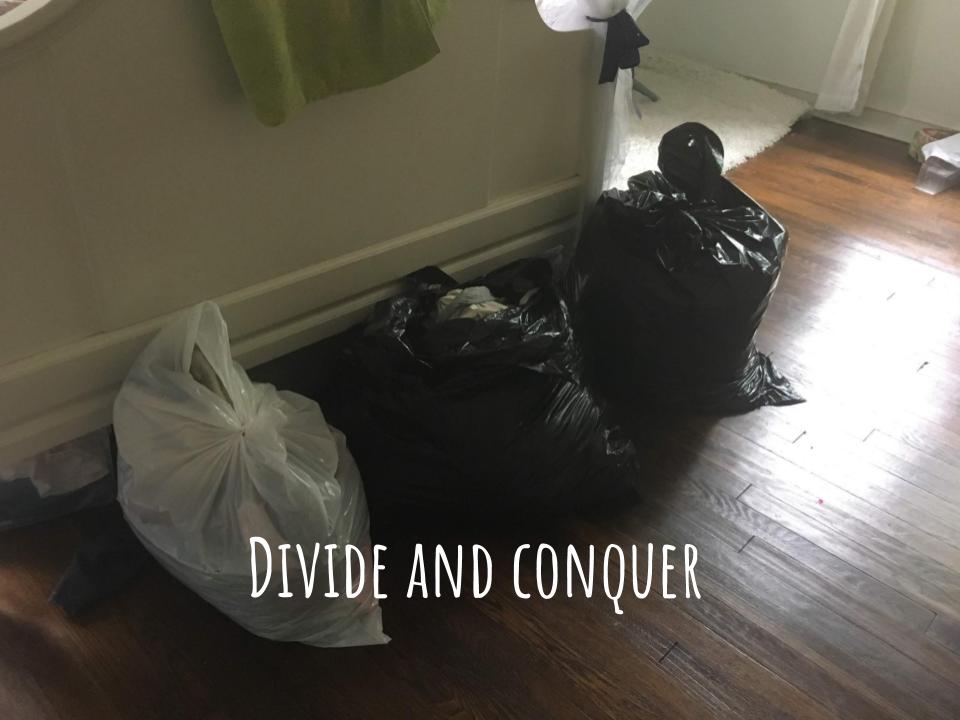 When you’re purging always have four categories. Trash, Keep, Donate, Later. Later is the stuff that you might or could use one day. Or are just keeping because it reminds you of something or someone dear. The key to the later boxes is that they don’t use prime real estate in your everyday storage for them. Let me tell you I’ve got a good four large storage shelves up in the attic that keep all my Later boxes. Yes some of them are Christmas decorations, but the majority is stuff that I’m keeping for the above six reasons. Well, no just for reason six. Boxes of memories.

No shame or blame in a memory box. It’s when the memories are making it impossible to easily retrieve and put away your everyday stuff that it interferes with making your daily life easy. And it should be easy. And if something means that much to you that you want and need to see it every day, then consider using a shadow box to display the memory objects, or hang a group of photographs cluttering up a surface onto the wall. It’s better to give your memories a proper and beautiful place in your home, rather than having it in a cluttered mess around your living spaces.