Getting It Done: The Details of Finishing Projects

As I push into a month at my new home, my initial enthusiasm and energy is waning and I’m finding it difficult to FINISH the first floor. On a whole it looks good, but there are little details and small pockets that are unfinished. In fact after Spring Break, I’ve spent this week both recovering from Spring Break and slowly dealing with finishing the craft area of my new den. And I have failed. Not spectacularly, thank goodness, but every day I’ve tried to finish, I’ve only just managed to chip away at it. 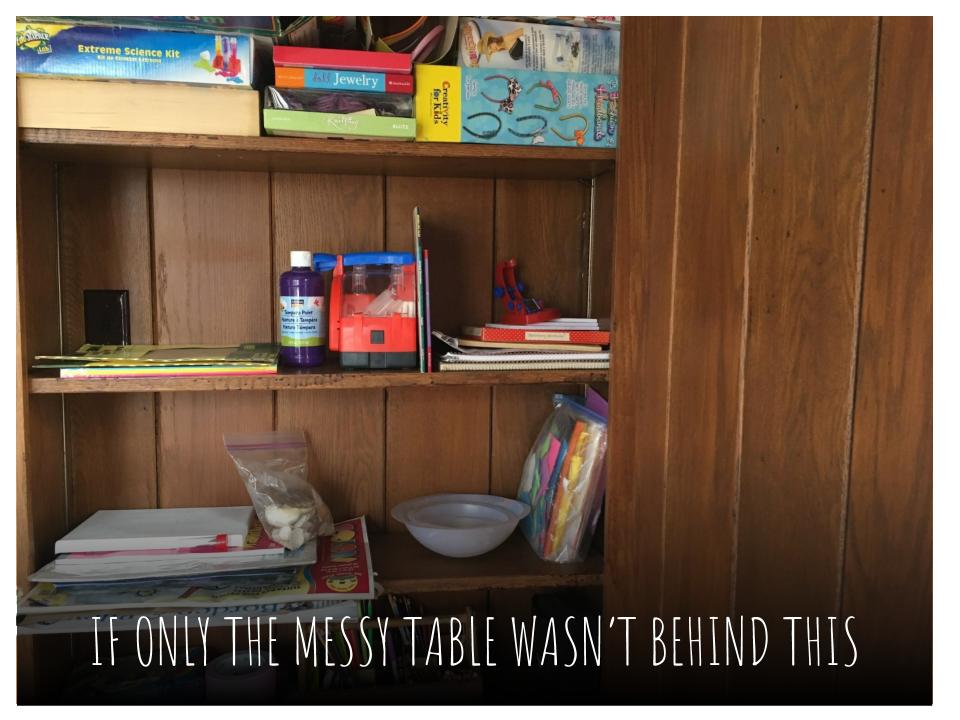 Let’s be clear. The craft “area” is not a big job by any measure, but I’ve also got the kitchen to finish too so I’m feeling a bit defeated. Part of me just wants to start attacking boxes in the basement and it’s very hard not to do this! Sometimes when you’ve got a lot to deal with, there’s nothing wrong with starting something new when you haven’t finished. This was true when I was unpacking boxes on the first and second floor. The main point then was to get things out of boxes.

That said, my method for unpacking would not be best for Organic Structures, Smart Structures and Classics. These types are FINISHERS. They like to tick things off their To Do lists and then get onto the next. They would do better to have a list of rooms and tasks and set about unpacking according to their lists.

This would not be ideal for us Organic Freedoms, Smart Freedoms and Funs. We LOVE the process. Frankly, getting started is half the fun of any new project! Which is why I’m itching to attack all the boxes in the basement. Now while the Funs can deal with the details of the job, us Organic Freedoms and Smart Freedoms are stymied by all the detritus and detail that can crop up when you’re trying to unpack and organize.

This is the part that’s hard. When you’ve got a lot of unfinished business around it’s it’s time to PUSH against our natural preferences. This is what has stopped me from going crazy in the basement or having fun hanging pictures in my bedroom.  And it’s hard. So yes, when there’s a lot to get done, it’s okay from time to time to start a new project as it might inspire you to finish the annoying one. But it’s also very important to make the push and finish. Frankly if all the details are bugging you? Throw them out. Also difficult for Organic Freedoms and Fun Freedoms, but something my Smart Freedom husband does with aplomb.